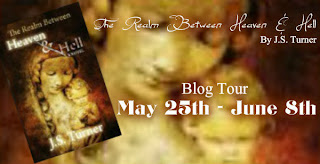 Take part in the Blog Tour for J. S. Turner's book The Realm Between Heaven and Hell.

I was 25 years old before I figured out what I wanted to be when I grew up. I am not sure why it took me so long to take my love for writing seriously. After all, I have been at it for as long as I can remember. I remember the day I received my first journal and how great it felt to have someone finally understand me!  I have a desk full of binders and folders packed with the beginnings of stories, ideas and tidbits. Writing is who I am.  I guess the idea of doing what you love was a foreign concept to me, but not anymore!  ~Jessi 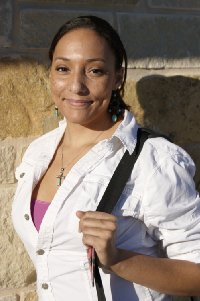 On earth, life for Dawn Chitoe had been cruel. Although she was strong in her faith, her future looked grim. She found her blessings to be painfully short and too few in between. Until one day, a beautiful baby boy, Josiah, miraculously came into her world.

Just when Dawn felt her troubles had vanished, she found herself the victim of a brutal murder. With Josiah cradled in her arms, she embarked on an adventure through the realm between Heaven and Hell. Along the way she finds friends, love, and the truth about religion and faith. 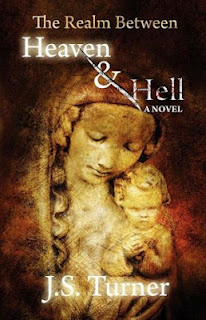 Dawn sat up straight and looked around.  She knew she was no longer alone.  Then she saw him, standing with his back to her in the moonlight that shone through a gaping hole in the trees.  Dawn was startled but still not afraid.  The wind began to rustle through the trees, causing a beautiful cloud of pastel leaves and petals to float about her.  The leaves fell so thick that Dawn could no longer see the man.  She became mesmerized by the falling petals; never in her life had she had the privilege to witness a scene this strikingly beautiful.  She forgot the man, she forgot how to fear.  Dawn stood perfectly still in the gentle storm of leaves that rained down around her.   The wind died down and the last of the leaves began to silently fall to the ground, like snow on Christmas.  The forest bed had been covered in a thick blanket of fallen petals.  One brushed her cheek and another landed on her bare shoulder.  Without looking, she brushed it off and began to wonder whether the man she saw was real or if she had still been dreaming.  She took a step back and lost her footing on a root of the apple tree.  In that instant, a hand reached out from behind and saved her from her fall.  She spun around, nearly falling again, holding fast to the hand that saved her.  Dawn found herself staring into darkness.  She could barely make out a silhouette of a face in the shadow of the tree.  Dawn took little steps back, and the man who held her hand took those same steps forward.  As his face came out of the shadows, Dawn held her breath.
A more handsome face she had never seen.  He was a good bit taller than her.  His hair was long and dreadlocked, and his skin was brown like sugar.  But it was his eyes that caught her attention: his dark coal eyes.  The two stood there, staring into each other’s eyes, not saying a word.  Dawn didn’t know what to say, and it seemed that her mysterious man didn’t either.  So there they stood in silence, holding hands.

There will be an overall blog tour giveaway.  To enter the giveaway all you have to do 3 simple things:
1) go “Like” the book’s Facebook page http://www.facebook.com/therealmbetween .
2) Leave a comment on this blog post.  The more blogs you visit and comment on the more entries you get.
3) Share the giveaway by posting: “Check out the blog tour going on for The Realm Between Heaven & Hell http://www.facebook.com/therealmbetween and enter to win a Signed Copy.”

One winner will get a SIGNED COPY of “The Realm Between Heaven & Hell.”  Good Luck and Thank you for participating.