Behind the Tears and Music 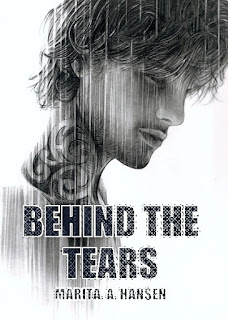 Since I did a music countdown for Graffiti Heaven I thought I'd do one for Behind the Tears, my newest book. Some songs have been chosen according to the characters' story-lines as well as their personalities. I have numbered the countdown in relation to the main characters, Ash being the most important at number 1, then Dante and so forth.

10
Aroha
"Poison all the chocolates." No she doesn't, but she does poison something else.
Long White Cross by Pluto (a New Zealand group, plus the main singer's mother used to give my kids singing lessons).


9
Chaz
A total and utter creep who is obsessed with Ash, so Radiohead's song Creep fits.


8
Angelo
Angelo is Tiana and Ash's nine-year-old son. It's mentioned in the book that he likes Demi Lovato and Selena Gomez, but that's more over their looks than for their music. So, since he's a huge fan of SpongeBob (he even has his walls painted yellow) I'll pop up SpongeBob's version of Sweet Victory.

Tiana
Aspects of this song fits Tiana's thoughts about Beth and Ash. Tiana wants Ash back.

Rumour has it by Adele.

6
Juliet
Because she looks like her twin brother (Sledge) Juliet is treated like a boy, which hurts her badly.
If I were a boy by Beyonce.


5
Beth
The title of Rihanna's song fits what Beth is:
Unfaithful.


4
Corey
Adam Lambert's newest song Outlaws of Love is perfect for Corey. Corey even mentions the hell part, which relates to what some people say about gays. It's my favourite song at the moment. I love the album it's from.

3
Sledge
And since Sledge is connected to Corey, another Adam Lambert song is just right:
Whataya Want from Me. Sledge is scared about what's happening between him and Corey, and has trouble coping with it.


1
Ash
Ash's Nightmare comes to life when Chaz escapes from prison.
(Ash is on the cover of Behind the Tears). The song is by Avenged Sevenfold.