Here's a sneak peek of my new cover for the first book in the Graffiti Heaven series. I suppose the closest you can relate it to would be Skins.

The cover still needs some slight adjustments, but that will be done closer to the book's release in August. 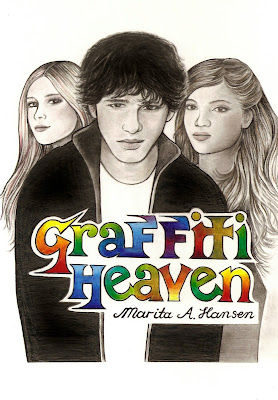 A group of teenagers deal with sex, love, drugs, bullying, family and Shakespeare. (Edgy YA)

Set ten years prior to Behind the Hood, Graffiti Heaven is a spin-off series that follows Ash Rata's teenage years. It is a coming of age tale where both comedy and tragedy battle it out on a South Auckland stage.
Posted by Marita A. Hansen at 9:20 PM