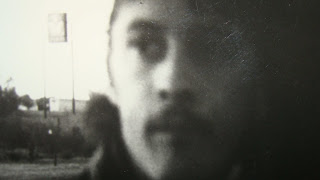 Interview of Joseph Beekman
Marita: Which of your books would you like to tell us about?

Joseph: Well, my first book, a short story or novella titled "A Tail Spun."  It is something that I really enjoyed writing.  It centers around a time when mankind has fallen and no longer exists, and Earth is now inhabited only by a select number of species, including mythical and fantastical creatures. A centuries-long war rages between the surface alliance, led by the brave and colorful cats, and the vile underground rats.  The alliance fights for survival and peace amidst a haunted world in a post-apocalyptic and mythical age of Earth, while the rats want nothing more than total annihilation of the remaining species.  To survive, the surface alliance must not only defeat their age-old enemy, but must also face an ancient foe from the birth of existence.


Marita: Where did you get the idea for the title and story from?


Joseph: "A Tail Spun"  The title is a play-on-words (a tale told), plus it worked for the story with it having cats, rats, and even spiders!  It is the first volume in what may very well be a trilogy. I have always loved mythology and old history, and with a love for animals and a passion for storytelling I decided to write this story.  But the spark that ignited the idea was when I had adopted a 4 week-old street kitten from a friend.  My friend had named him Jack.  I later extended his name to be Jack Galapagos Mesopawtamia! lol.  He became the main focal point and fictional character in the story.  He is now twelve years old, so I have had the story rambling around in my imagination for a bit.
Marita: Where can people learn more about you and your work?
Joseph: People can learn about me through Facebook, or through my books on Amazon books, "A Tail Spun" and "Little Orphan Anvil".  Also, at Amazon central for my info/books.  I am a graduate from the University of Arizona in Fine Arts/Media Arts, (1994), and have always been involved in creative ventures.  Storytelling has been my passion since childhood, so writing books, short story adventures, etc..., is something I will continue to pursue.
Links:
"A Tail Spun"  http://www.amazon.com/Tail-Spun-1-Joseph-Beekman/dp/1451547153/
"Little Orphan Anvil"  http://www.amazon.com/Little-Orphan-Anvil-1/dp/1460979796/

Sample from "A Tail Spun."
Chapter VIII
the Black Sea Rendezvous
A heavy, dreary mist blanketed the rock strewn shoreline of the Black Sea where thousands of allied forces had assembled, awaiting the great doomsday invasion.

Jack sat upon a high ledge extending from one of the many crannies in the cliffs that overlooked the blackened waters. Muin and Nemone walked along the shoreline in the distance, just two silhouettes in the grayish light. He glimpsed a few blackbirds that flew above the water on routine air patrol for signs of any unwanted activity.

Looking far to his right, Jack made out a dark cave tucked into the cliffs that extended down below the level of the Black Sea. He then saw the large cat-form of Bardaboo prowling back and forth by the entrance. Bardaboo was either fine tuning the layouts of the Tail Runners entry assault, or, as had been a more frequent obsession with him, searching for another eye.

'What a character you are Bardaboo...' Jack mused. 'Always keeping your one eye on the look-out for a so-called bionic eye that will replace your other missing eye…'

Along with an end to the war, it was Bardaboo's never-ending hope to one day come across some sort of electrical imaging lens, unearthed from humanity's former technological past, and somehow have it fused to the nerve endings within his missing octave cavity.

'We truly are a curious and crazy lot, Bardaboo...'

It was in this cave that their forces would enter. And with the grace of the Gods and the hope and strength in their hearts, they would have a chance to change the tide once and for all and bring about a new beginning for life.

Mesmerized by the sinister hole, Jack reflected on how the Root of evil had been conceived. Not exactly the way the old ages of humanity had cemented their belief in evil’s existence, but a variation, nonetheless, amongst the other Earth-bred life.

After the fall of humanity, the varied conception of evil had been implemented in the existing species through the Gods of old. A mere blink in the creatory space of time's birth, evil began as a fragmented shell of chaos, defective and exiled to confinement in the deepest bowels of Earth, never to exist among the light of order. For it was this spoiled shell's refusal to unite with the Gods and their harmonious wellspring for life, that it was cast into darkness.

It was down in the dark nest of Earth, what had always been referred to as Hell, that this shard of chaos grew into a central, transforming orb of evil. Extending itself in the form of a root, it had, over countless centuries, mainlined up through an already cruel rat-infested underground to the edge of the Black Sea.

Thus, the Black Sea, once an oasis of birth, was now a hauntingly dead sea, having been infected with Root’s evil and the foulness of the rat.

"But tomorrow, we shall change that…" Ankou whispered into Jack's ear.

Jack reeled around, startled by the ghostly voice and Ankou's spooky ability to read thoughts. Ankou was the shadow of death, however, and once-appointed guardian for any stray-ing souls attempting to exit Hell.

"Sorry, Jack! I do fathom quite the scare in cats, don't I?" Ankou said sarcastically. He stood a few inches taller than Jack, and exuded a ghostly presence and appearance whenever on the brink of war.

Jack nodded; the hairs on his back easing down. "I'll give you that, Ankou," he said heartily. "Good to see you again, my friend.” Jack looked back to the cave. "Seems not long ago we made our way out of there, and then you were granted leave from the Gods to help in the war."

"Yessss…" Ankou recalled. "Plus, the fact that the exit we fled out of is now a sealed scab, since the Root lashed it closed after your crazy little escapade with Zeta's rescue. So basically…I was cut off from being invited back in as the river's caretaker."

Jack looked back at him with a sly smile. "Hey, you became a part of all that when you helped lead us out - remember? And now the only way back is at the tail end of the Root."

"The original way you and Muin first went in was an ancient sewer, now, no longer existing. How you managed to get past those rats…" Ankou thought aloud, shaking his head.

Jack straightened up in a defiantly proud stature. "You're not the only one with a legendary mark of mythical lore on his skin, my friend!" he said amusingly.

"All right…well, we are all prepped and primed to annihilate without mercy!” Ankou stated heroically. “Adonis has filled me in on the final phase: the extraction of The Root. I'm quite impressed by this momentous act, Jack…‘Operation Damnation and Uproot!’"

Click on this link to go to Joseph's Amazon page.
Posted by Marita A. Hansen at 6:05 PM