Behind the Hood is now available.

My first book from the Behind the Lives series is now available. 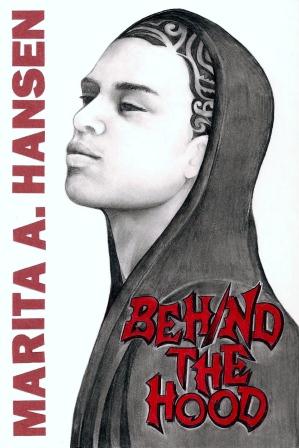 Life on the rough side of New Zealand.

In this South Auckland neighbourhood where gang culture, drink, drugs, sex and violence is already a way of life; a vicious attack on a teenage girl sparks a ripple effect of revenge and fury. Live the carnage through multiple viewpoints as the tale unfolds to a bloody climax.

Warning: NOT for the faint-hearted.


5.0 out of 5 stars Intense!!,
By
Denna Holm - See all my reviews
Amazon Verified Purchase(What's this?)
This review is from: Behind the Hood (Behind the Series) (Kindle Edition)
INTENSE! I could probably leave my review at this one word and that would say it all. What a nerve wracking read. At first I thought there were going to be too many point of view characters for me to get involved emotionally, but they all tied back to each other perfectly. I had no problem keeping track of who was who and how they related back to each of the other characters. By the last three-quarters of the book I had the phones turned off and the Do Not Disturb sign hung on the door. I had to know what was going to happen and I didn't want any interruptions. Marita Hansen did not disappoint. I can't wait to read the sequel.

This novel is brutal in its honesty, giving a true-to-life picture of gang life and the destruction that goes along with it. If you're at all squeamish, this is probably not the book for you. Lives are destroyed, whole families destroyed, in a matter of seconds because of selfish desires. I'll read just about anything I can get my hands on and it had me cringing in a few places---praying in others. I got attached to these characters in the short time it took me to read it and it hurt me when they got hurt. At the same time I'm being repulsed by what's taking place, I'm also getting pulled in. It takes real talent to pull off a story like this. I can't wait to read the next one by Marita Hansen. This story may take place in New Zealand, but the same story could be told in any gang territory in the States. Definitely earned the five stars I'm going to give Behind the Hood.


You can find Behind the Hood at the following distributors ($4.99 (ebook) and $12.99 (Paperback on special) in the US):
Amazon US
Amazon UK
Amazon DE
Smashwords
READ THE FIRST TWO CHAPTERS FOR FREE HERE: Sample Sunday: BEHIND THE HOOD (Chapters 1 and 2)  (All the distributors give free samples of Behind the Hood.)
Posted by Marita A. Hansen at 6:28 AM