Reviewers: Grab MY MASTERS' NIGHTMARE from NETGALLEY before it's too late

With only 1 week left to request, grab MY MASTERS' NIGHTMARE, Season 1, Episodes 1-5 from #NETGALLEY. Unlike with most of my other Netgalley uploads, I'm controlling the approvals this time, so your request will most likely be accepted. It's rare for me to turn down a request since I'm a pushover.

I didn't see it coming, didn't realize how different everything would be within the space of a month. I would fall in love with one man, I would kill another, and I would lose my body, my mind, my soul - my freedom to them. I was an operative, a strong woman, someone sent in to save others, but under these two men I became weak - or pretended to be. I didn't like being weak, it angered me. If I had free rein I could cut my masters in two. But I wasn't there for pride, I was there to free those women and to take down the two men who sold them as sex slaves.
Those men needed to be punished
And I would do it
No matter the cost
Or how much I lost
Because I am Rita Kovak
MY MASTERS' NIGHTMARE
Warning: This series is a soap opera, so has crazy plot twists. It also has M/F and M/M non-con and dub-con. It is very dark and violent. R18 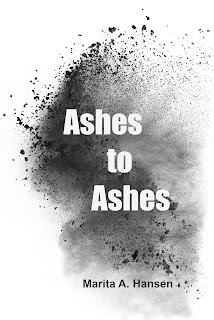 All rights reserved. No part of this book may be reproduced, stored in a retrieval system, or transmitted, in any form or by any means whatsoever without the written permission of the author, nor circulated in any form of binding or cover other than that in which it is published. Thank you for respecting the hard work of this author. For subsidiary rights inquiries email: marita.a.hansen@gmail.com
All characters, names, places, and incidents in this book are either the product of the author’s imagination or are used fictitiously, and any resemblance to actual events, locales, or real persons, living or dead, is entirely coincidental.
UK English is used due to the New Zealand setting.
All other variations are also due to where the book is set, as well as the characters’ cultural and socio-economic backgrounds. This is why some characters use different speech patterns from others, such as in the use of ’cause versus cos or was versus wuz, the latter representing a Māori accent. Though, please note that not all Māori speak the same way, plus many of my characters are of mixed heritage, such as Ash Rata. Ash is half Croatian, almost half Māori, and the rest Romanian. But due to where he grew up in South Auckland, New Zealand, he speaks more like his father than his mother.
I hope this explains the way in which dialogue is presented in Ashes to Ashes.

Although ASHES TO ASHES is the sequel to CRYING OUT SILENT it can be read as a standalone.